Snowhill is on its way to becoming a modern, up-market and desirable part of Birmingham connecting Jewellery and Gun Quarters to the City Core, with bustling café and restaurant frontages, busy new tram link and improved Station Square. The brief called for a new extension to the public realm in front of the proposed Two Snowhill, along with a sensitive and sustainable redesign to the existing landscape at One Snowhill to soften it’s character.

The 200m long screen wall, varying from 2.5m to 7m in height, consisting of panels of modular green wall system and pressed, wave form anodised aluminium mesh offers a quantity and variety of plants rarely seen in inner city environments, and a welcome counterpart to the graceful forms of the canopy columns. The green wall has had an undeniable positive impact on its immediate surroundings and on the city of Birmingham as a whole with the ability to cool the urban environment, offer ‘green’ in spaces where this would otherwise be impossible offering important socio-economic benefits.

The design and execution of the rippling timber benches was complex. The supporting structure has to allow the surface to curve and roll in two directions to achieve the undulating and twisting effect, allowing individual slats to sit in a unique orientation. The collective effect is stunning. 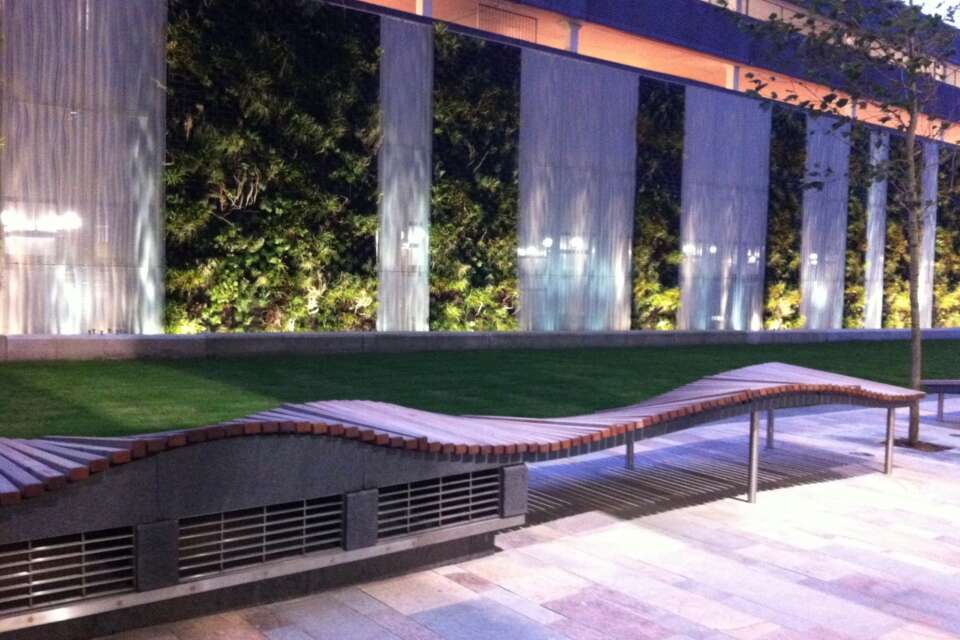 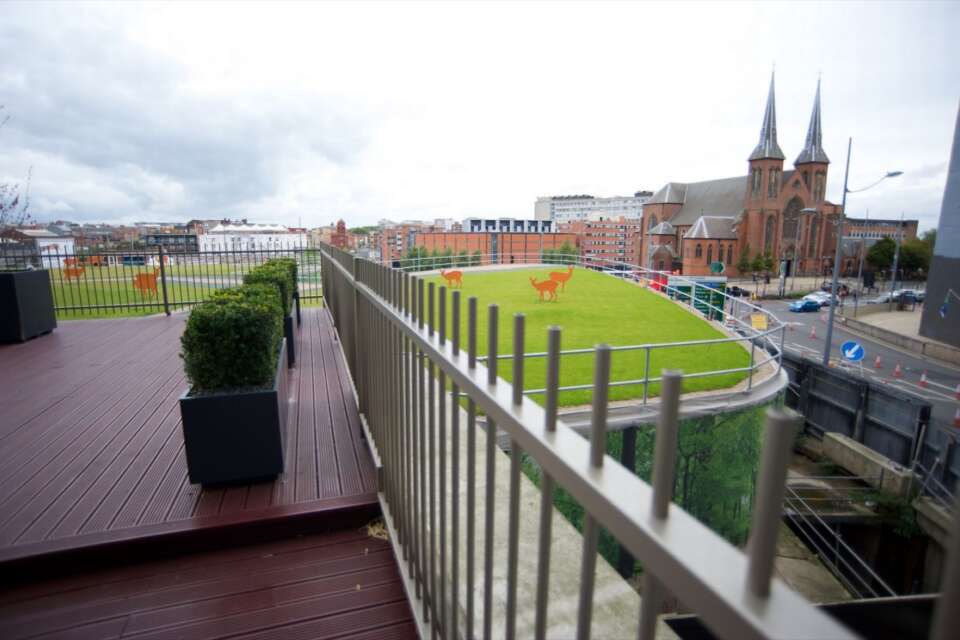