Having won a BAA Framework Agreement in 1996 to work on seven of the UK’s airports including Heathrow, Gatwick and Stansted, HED was selected to be landscape architect for Terminal 5. The largest construction project at the time, the project offered the opportunity to consolidate much of HED’s strategic thinking at the airport setting the scene for all future development.

Conceptually based on a simple north-south structure derived from the site’s context and features, with increasing order from west to east towards the Terminal Building, the landscape infrastructure includes much of the airport’s Perimeter Road, a new M25 approach, the restoration of the Colne Valley and the realignment of the perimeter infrastructure including two historic rivers. Collectively these elements extended over hundreds of acres.

The urban parkland campus at T5, characterised by its birch woodland and flexible in response to the ever changing airport, comes to a focal point at the Interchange Plaza. Extending the length of the Terminal the Interchange Plaza is the high-point and synthesis of the concept as a stylised river valley where sloping planters and seats interact with woodland grove and playful fountains all contained at each end by the art walls of Langlands & Bell, “Moving World (Night & Day)”.

The Interchange Plaza is a world class space of the highest quality. 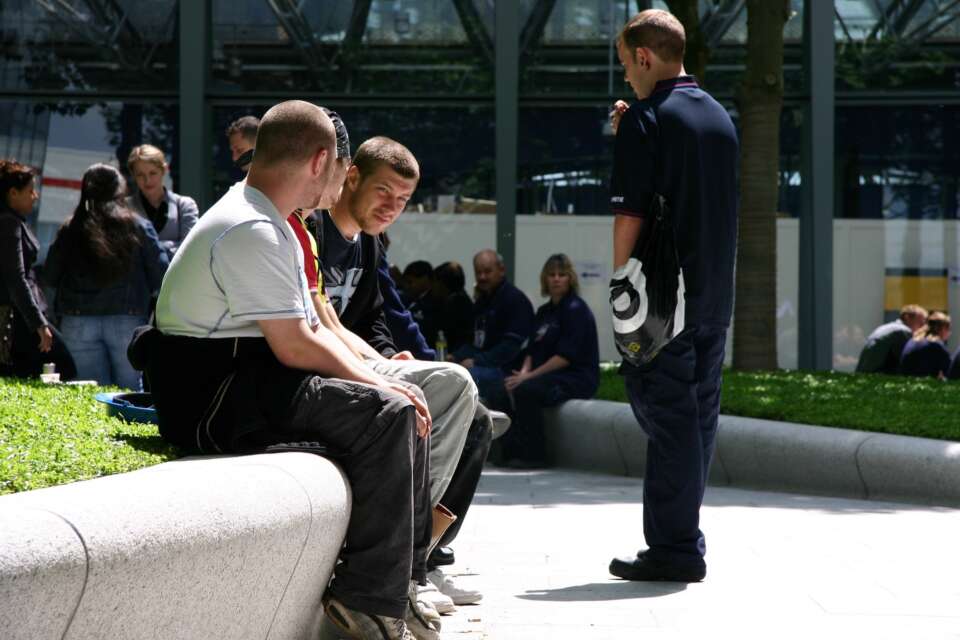 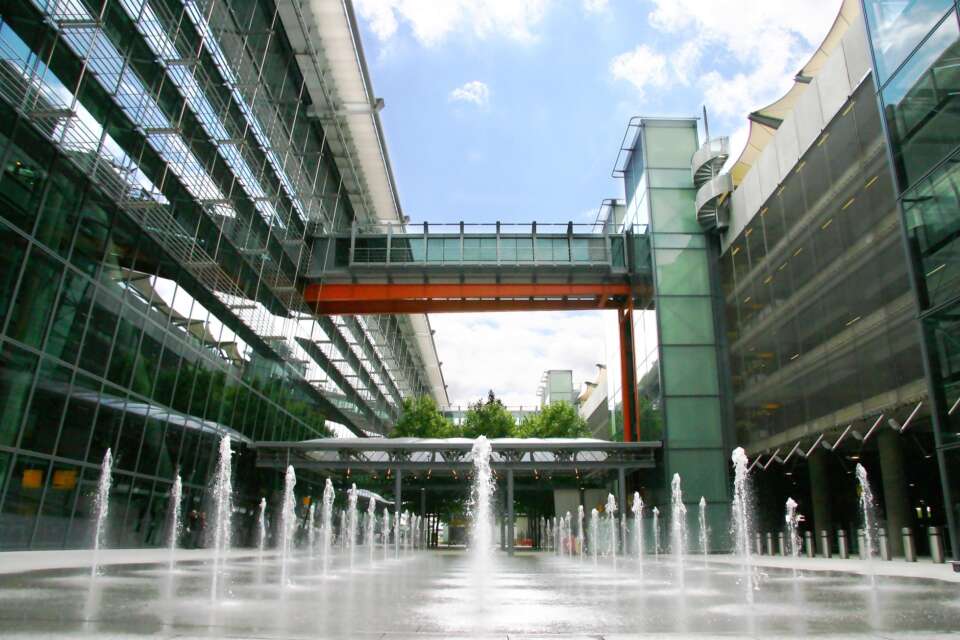 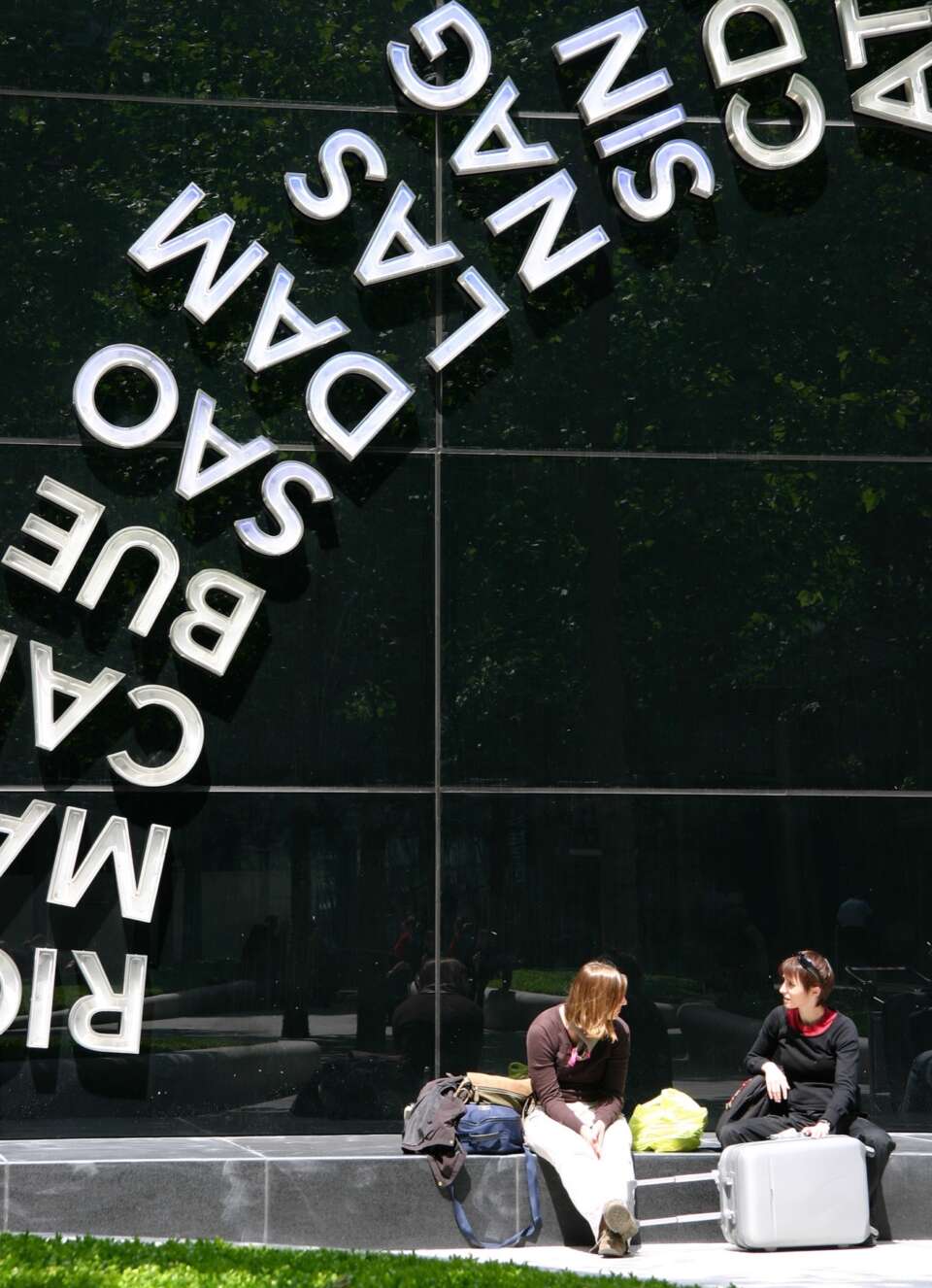 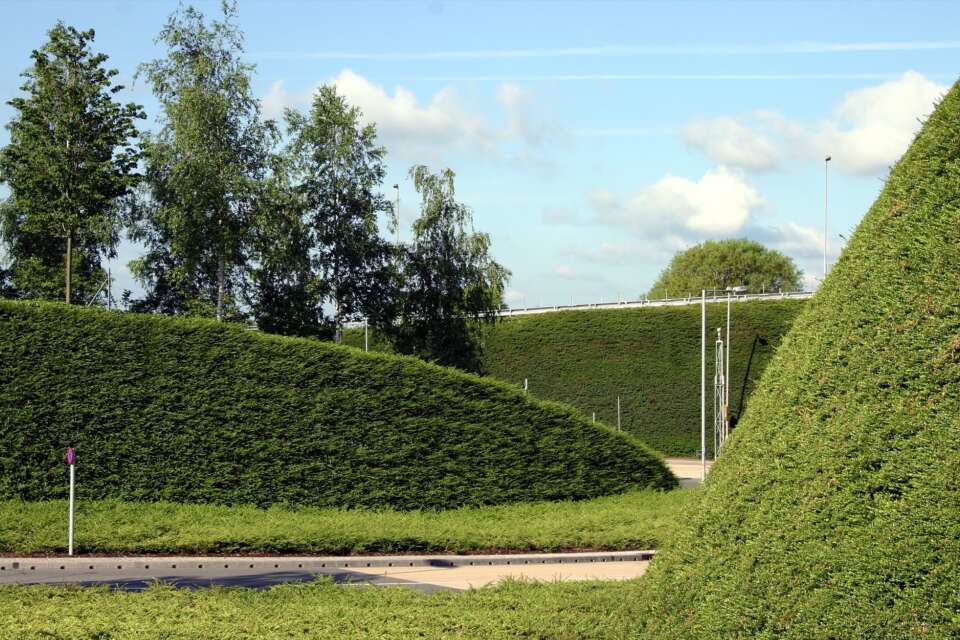 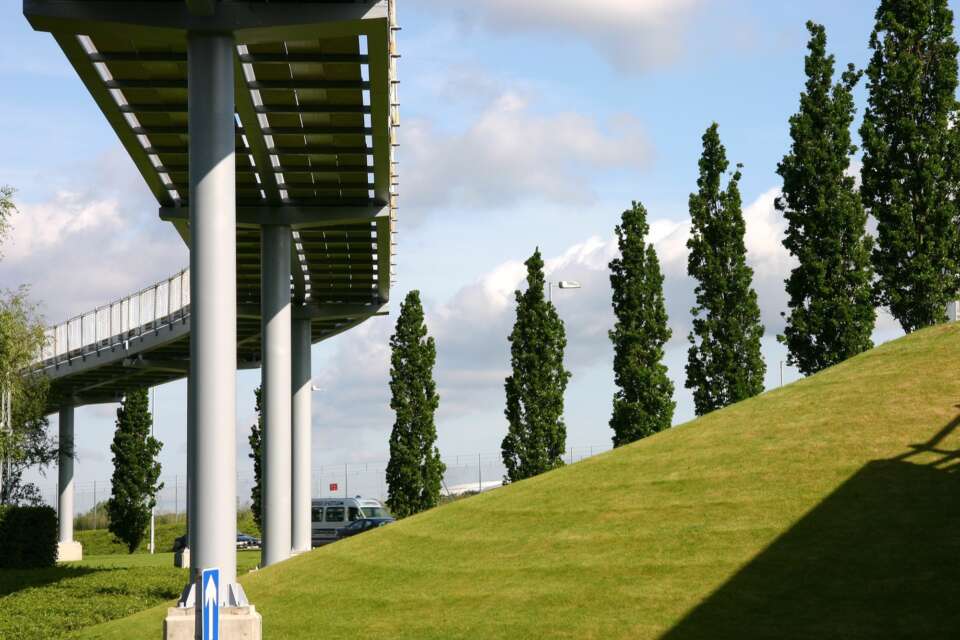 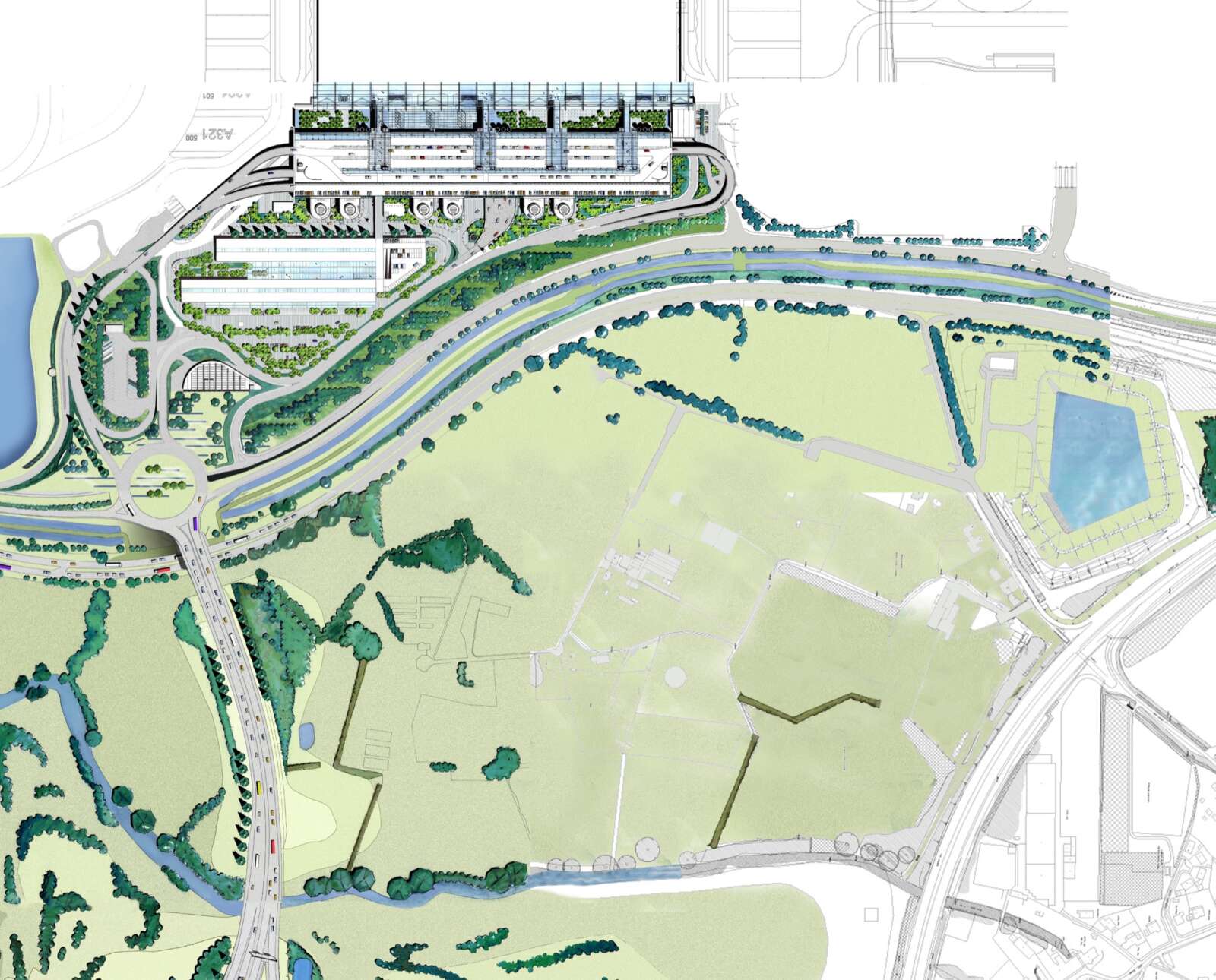